The fifth single in the Retrograde Single Series features the more acoustic side of Eponymous 4.

Two of the tracks on the single, title track 「今」 and “Long Distance Lover”, draw inspiration from alt-country music, even if the results don’t sound music like country.

“Long Distance Lover” is a song about infatuation, but Eponymous 4’s Greg Bueno admits it was written about a guy living in the dorm room next to his. He wrote the lyrics around the time k.d. lang released her album Ingenue, and Greg knew he wanted that twinge of country in the music. He just didn’t know how to write it.

The song wouldn’t be finished for another 20 years, by which time, Greg learned a great deal about country music by listening to a lot of Emmylou Harris.

“Winter Rain”, on the other hand, began as yet another rip-off of Duran Duran. Greg wrote a version on paper, but he revised it extensively, throwing out parts intended for synthesizer and replacing it with a simple guitar accompaniment. 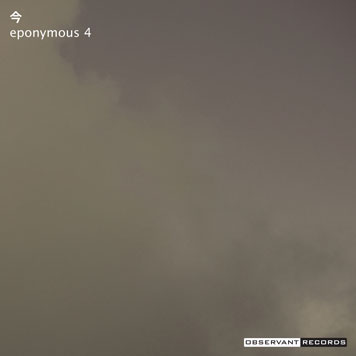